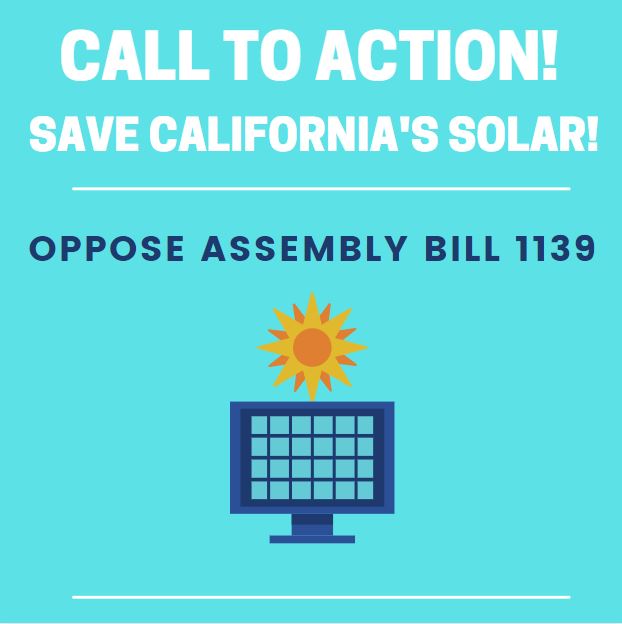 ‍The bill would make going solar more expensive for every ratepayer, including those on the discounted California Alternate Rates for Energy Program (CARE), while eliminating the 20-year NEM grandfathering protections for 1,200,000 California solar customers and introducing new fixed "grid access" fees, which will effectively tank all existing and future rooftop solar investments.

‍This bill disregards studies that show solar is a net benefit to all ratepayers, while presuming that solar is the sole form of utility rate “cost shifting” and that killing rooftop solar will prevent the investor-owned utilities from raising rates on low-and-middle income households in the name of remaining solvent after losing revenue from solar customers.

The reality is that this bill promotes rate increases on every ratepayer across the board, since it fuels the investor-owned utilities’ main justification for rate increases, namely new infrastructure.

The utilities are contractually guaranteed a profit, often around 10%, on any infrastructure they build, and local rooftop solar reduces the need for that infrastructure.  The investor-owned utilities would prefer to see desert solar as the only means of reaching California’s state mandated climate goals, because it would require large amounts of new transmission and distribution infrastructure to bring the clean energy into our communities from far away, and the utilities get Renewable Portfolio Standard credits for these systems.  This bill is very lucrative for the investor-owned utilities as it allows them to profit from the new infrastructure (and any wildfires they caused by these transmission lines) while killing their largest competitor, the rooftop solar industry.

Public purpose programs, like San Diego Gas & Electric’s Power Your Drive program, were mismanaged and forced overspending to the tune of $25 million, which was then cost-shifted to ratepayers. These are the cost shifts that truly increase rates and should be addressed, not rooftop solar, which is shown to provide a net benefit to the grid. The Los Angeles Times reported on a Vibrant Clean Energy study that stated rooftop solar could save all ratepayers upwards of $473 billion dollars, and not installing rooftop solar could cause ratepayers to pay $385 billion more.

This bill would increase our reliance on dirty fossil fuels during a climate crisis, and make it nearly impossible to meet our 100% clean energy goals, while promoting further climate injustices in California and killing the state’s solar industry, which accounts for thousands of jobs and billions of dollars in economic benefit.

AB 1139 was heard in the California Assembly Utilities & Energy (U&E) Committee on Wednesday, April 21, 2021.  More than 100 environmental, solar, climate justice and other advocacy groups called into the meeting and over 50 organizations wrote to Assemblymember Gonzalez to urge her to make amendments given the bill would effectively kill the rooftop solar industry.

Despite this public outcry of concern, it was not enough to prevent the bill from passing through the Assembly U&E Committee and it is now headed to the California Assembly Appropriations committee, which the bill’s original author chairs.

Significant amendments were made to the bill on April 21st by the Assembly U&E Committee.  The amendments make this bill go from a bad bill, to the worst attack on rooftop solar to date.

Amendments to AB 1139 include:

Since the current/amended version of the bill eliminates its pro-equity provisions (increased CARE subsidies and funding for low-income solar) and adds additional anti-solar language, this bill needs to be stopped.

*Please note that we will be checking on the status of the bill regularly and updating this page with the latest information.*

WHAT YOU CAN DO TO HELP

Contact your local representative to voice your concern, and make sure to email the Appropriations Committee at approps.committee@assembly.ca.gov before the committee meeting (date has yet to be determined).  State your name, organization, location and why you oppose this bill.  Some pre-drafted language is below.

My name is [insert name] and I am with [insert organization] from [insert location]. I would like to go on the record as publicly opposing this bill as currently written. This bill would kill the rooftop solar industry and [pick point(s) from the list below]. 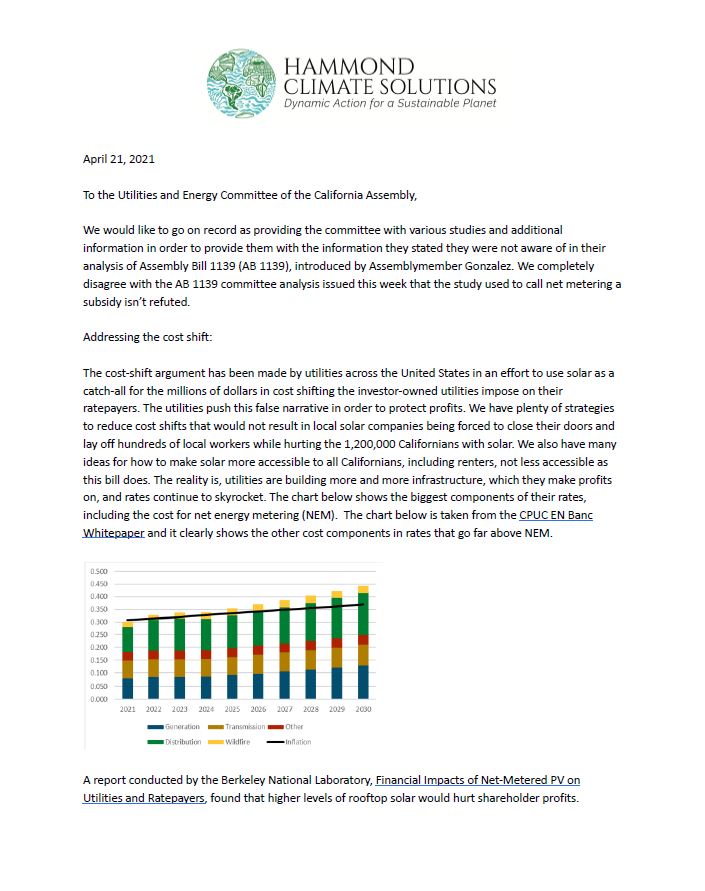 "Now that there are more and more vegetarians, beef consumption is down.  Therefore we will not make the profit we expected from the feedlots and slaughterhouses we were planning to build.  To make the profit we are entitled to we will have to raise the cost of beef.  Since everyone knows vegetarians are rich yuppies they are shifting the cost of beef onto poor red blooded American beef eaters.  Therefore the government must give us the right to tax vegetables to make everything fair."  - Beef industry lobbyist

“We need to tell our grocery store customers that they should pay an entrance fee if they plant a vegetable garden.” - Grocery store owner