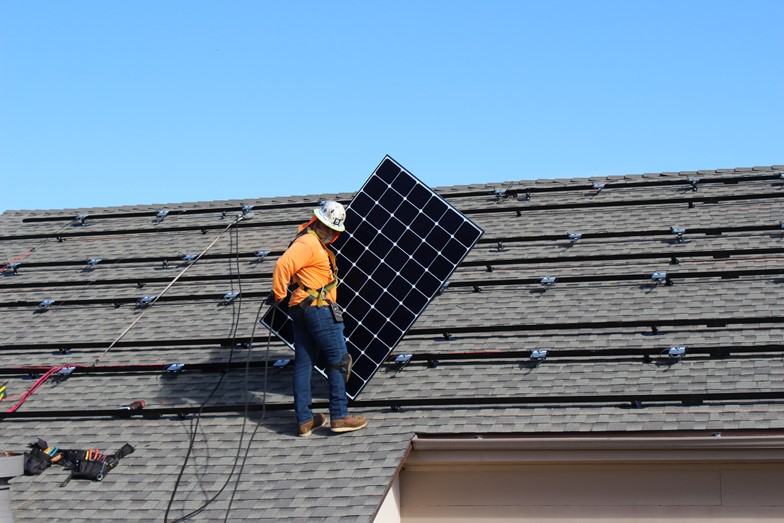 As we see the devastating effects of climate change across the globe, most recently in Texas where communities were suffering in freezing temperatures without water or power for days, it has become clearer than ever that we need to transform our power supply to renewable energy in order to increase resiliency. This past summer, California experienced the opposite, where sky high temperatures and demand for air conditioning resulted in rolling blackouts for California residents. In a time where it is crucial to increase the deployment of renewable energy, the United States’ largest solar market, California, is under attack. What happens in California will likely be the example for other states, and this is a crucial battle that we’re on the front lines of right now.

The success of rooftop solar relies heavily on net energy metering (NEM), a solar producer’s agreement with the electric utility company. At a high level, NEM is a billing structure that allows solar customers to sell their excess electricity back to the grid. The amount is then applied to their utility bills, leaving the solar customer to pay the net amount of energy used. California’s first solar agreement, known as NEM 1.0, was extremely successful and accelerated the transition to solar for California residents, businesses, schools and municipalities. Since then, investor-owned utilities (IOUs) across the state have continuously attacked rooftop solar, proposing egregious policies that would make solar economically infeasible. In 2016 the second solar agreement rolled out initially in the San Diego Gas & Electric utility territory, and made its debut for Pacific Gas & Electric (PG&E) and Southern California Edison in 2017. This successor tariff is known as NEM 2.0, and after a tough battle against the utility companies, the California Public Utilities Commission decided that the new solar rate would be similar to the first, maintaining the major benefit of allowing customers to sell electricity back to the grid at retail rates. However, NEM 2.0 required all solar customers to transition to a time-of-use (TOU) rate and non-bypassable rates. Under a TOU rate, a customer is charged different rates based on the time of the day with designated on peak and off peak times. The highest rates are during peak demand, which is late afternoon and early evening, while off peak times occur early in the morning and late at night and have the lowest cost. The new rate structure under NEM 2.0 has serious implications for solar customers, because it changes the value of the energy sold to the grid based on the time. This means that in order to get the highest NEM credits, customers need to sell the bulk of their energy during peak hours. Although NEM 2.0 is substantially less beneficial to solar customers compared to its predecessor, it still retained the major benefits of being able to sell energy back to the grid. Solar companies even began to adapt to TOU rates by designing solar systems to face west in order to capture the maximum energy possible during the late afternoon. Now, California’s IOUs are attempting to make modifications to net metering, ushering in NEM 3.0.

As details of NEM 3.0 continue to unfold at the California Public Utilities Commission, it is clear that the IOUs are calling for drastic cuts to NEM. The California Solar and Storage Association (CALSSA) estimates that the economic value of going solar will be reduced by 50-75 percent with the IOU’s proposed changes. Decisions made during these proceedings will not only affect new solar customers, but existing customers as well as the IOUs have proposed removing grandfathering periods for current customers, essentially forcing all solar customers onto NEM 3.0.

With the understanding that NEM 3.0 could kill rooftop solar and that California is a leader and looked to as a model for shaping renewable energy programs, it is not an understatement to say that we are fighting to save solar. We are calling on organizations to sign this net metering letter and individuals to sign this petition, by early April, which will be sent to Governor Gavin Newsom and the California Public Utilities Commision.

Our founder, Tara Hammond, began a small local coalition to save rooftop solar in California last year and the coalition has quickly grown to a statewide grassroots effort, with more than 70 organizations being involved. To learn more or to join the battle, please reach out to our Climate Justice Policy Advisor, Karinna Gonzalez at karinna@hammondclimatesolutions.com.