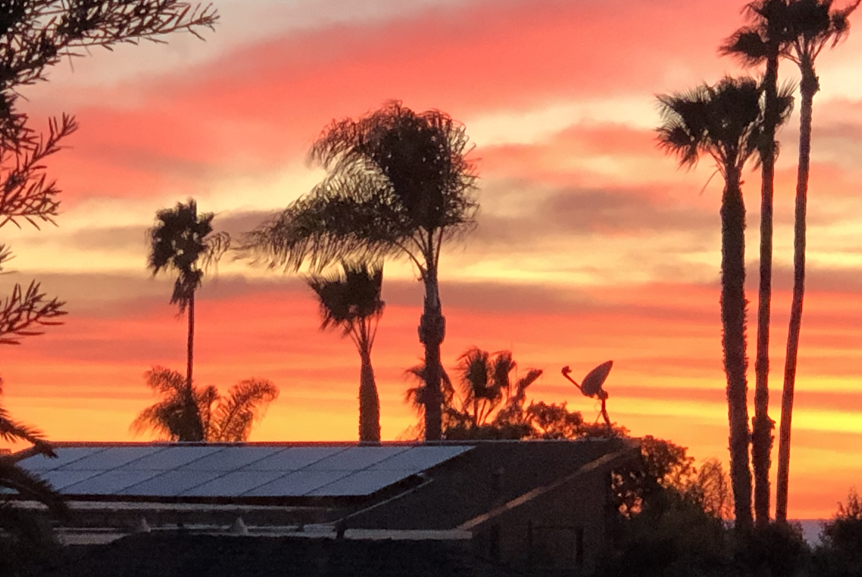 On September 8, the City of Solana Beach became the second jurisdiction in the Golden State to approve a resolution standing up for rooftop solar, sending a strong message to the California Public Utilities Commission (CPUC), which will be making a decision later this year on changes to the net energy metering policy in California.  The Santa Cruz County Board of Supervisors approved a similar resolution earlier this year. Net energy metering is a billing arrangement between rooftop solar producers and their energy providers that credit customers with the excess energy they send back to the grid and debits customers for energy taken from the grid.  This agreement is what has allowed solar to become increasingly accessible to working-class families, small businesses, cities, schools and nonprofit organizations.

The resolution urging the CPUC to make changes that will keep solar growing sustainably while expanding solar access to low-and-moderate income communities was approved unanimously by the Solana Beach City Council members in a 5-0 vote after hearing public comments overwhelmingly in support of passing the resolution.  Local organizations Climate Action Campaign, SanDiego350 and CleanEarth4Kids joined the Hammond Climate Solutions team along with residents from Solana Beach and the Solar Rights Alliance in calling in to make public comments, letting the Solana Beach City Council know they were in full support of the resolution.  Many others submitted written comments in support of the resolution.

The only comment that wasn’t emphatically in support of the resolution was unsurprisingly from a San Diego Gas & Electric employee, and the other speakers addressed SDG&E’s disingenuous equity arguments, which council members acknowledged were passionately and accurately relayed.

“SDG&E and Sempra are trying to mislead the public by citing studies that lack credibility to eliminate rooftop solar, a cost-effective, proven solution that reduces climate racism in California and slows the climate crisis, which often impacts communities of concern first and worst - all of this is to increase their profits,” said Tara Hammond, Hammond Climate Solution’s founder and CEO, “Don’t be fooled by their greenwashing campaigns and disingenuous concerns about equity and raising rates.  It’s proven that rooftop solar reduces rates for all ratepayers and is a net benefit to society.”

In the resolution, the City of Solana Beach “urges the CPUC to strengthen NEM to expand access to all households, particularly of low-and-moderate income; expand access to other clean energy technologies that pair with solar, such as batteries; ensure that the solar installations continue to grow in order to meet State and City climate goals; and exclude provisions set forth in the investor-owned utility companies’ proposal such has high monthly fixed fees, and reducing or eliminating credits for sharing electricity with the power grid.”

The success of rooftop solar relies heavily on a strong net energy metering, and drastic changes that are being proposed by California’s three investor-owned utility companies have the ability to completely disrupt solar adoption across the state.  Slowing down the transition to clean energy means that we will continue to need more dirty energy to meet our needs which will not only further exacerbate the climate crisis but also climate injustices caused by dirty energy, mainly fracked methane gas.  Beyond the environmental benefits clean energy provides, rooftop solar reduces rates for all ratepayers (estimated by Vibrant Energy to the tune of $120 billion for Californians), strengthens the energy grid when paired with storage, provides local green jobs and reduces the risk of wildfires.

The decision to approve the resolution comes right after President Joe Biden’s administration released a blueprint to produce 45 percent of the nation’s electricity through solar energy by 2050 as a critical part of the effort to fight climate change.  Meeting this goal will require the U.S. to install an average of 30 GW of solar capacity per year between now and 2025 and 60 GW per year from 2025-2030.  If the utility companies are successful in making drastic cuts to net energy metering in California, the nation’s top solar state, meeting this ambitious goal will likely not be possible.

With the City of Solana Beach leading the way for Southern California, local activists and organizations are pushing for other cities in the region to adopt similar resolutions and send a strong message to commissioners.  Tomorrow, the San Diego Community Power Community Advisory Committee will vote on a net energy metering letter, and on Monday the City of Chula Vista will discuss the future of net energy metering at its Sustainability Commission meeting.

Other cities and organizations are expected to speak out as well since the stakes are so high.  Ending rooftop solar would impact regional Climate Action Plans’ 100 percent clean energy targets and local community choice energy programs while taking away future opportunities for San Diegans to go solar and exacerbating the climate crisis.

For latest information and up-to-date calls to action, visit our net metering toolkit.