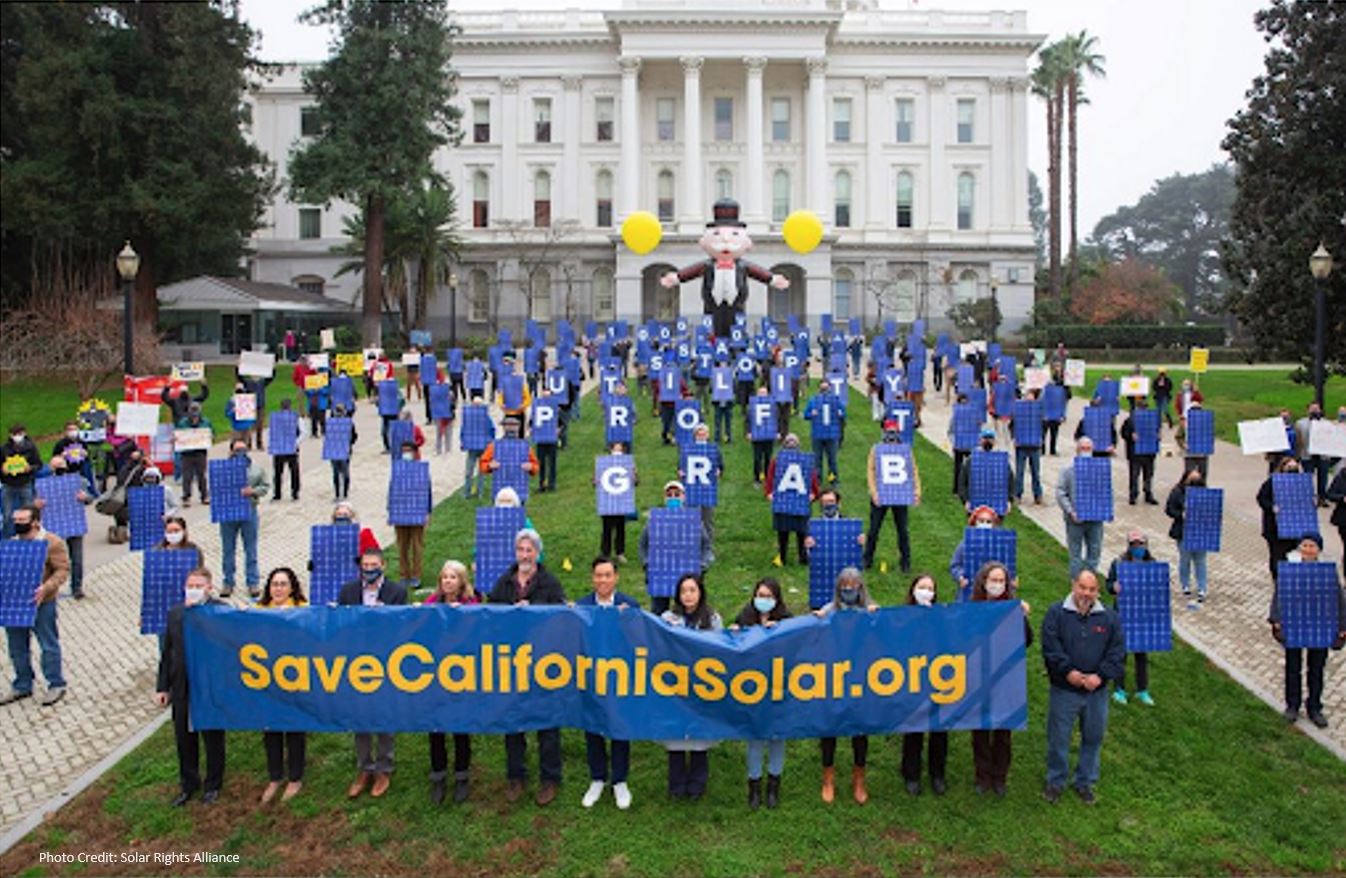 Over the course of this year, Hammond Climate Solutions has released nine blogs, numerous toolkits with calls to action and participated in countless meetings, presentations and webinars to raise awareness about how the monopoly utilities are trying to kill rooftop solar in California.  We managed to help grow a local coalition consisting of cities, elected officials, environmental and climate justice organizations and schools.  San Diego County residents have made their voices heard, and the message is clear - we want to see solar continue to grow.  The highly-anticipated net energy metering (NEM) 3.0 proposed decision was released this week and it is very clear that the California Public Utilities Commission (CPUC) has sided with the utilities and is proposing to make drastic cuts to the benefits of going solar.

The first of many changes to the policy, which has allowed rooftop solar to become increasingly accessible to low and moderate-income families, is drastic cuts to the credit that solar customers receive for sharing their excess electricity with their neighbors.  The proposed decision cuts this credit by 80 percent, from around 25 cents per kilowatt hour all the way down to 5 cents per kilowatt hour.  This immediate change alone is enough to see a major reduction in rooftop solar installations and therefore a reduction in solar jobs across the state, however the decision goes further than making cuts to current credits.

The CPUC has also sided with the investor-owned utilities to slap solar customers with high punitive monthly fees.  The fees themselves will depend on the system size, however an average system in the San Diego Gas & Electric (SDG&E) utility territory will carry the monthly fee of about $64 per month, the highest in the nation.  This fee is in addition to a loan or lease payment, which disproportionately impacts families who utilize solar financing options to afford the switch to solar.

Beyond the draconian measures the CPUC and investor-owned utilities have taken to discourage new solar customers, they have gone a step further to impose changes on existing customers as well.  The NEM 1.0 and NEM 2.0 agreements that apply to current customers established a 20 year transition period, whereby solar customers were permitted to remain on their applicable NEM tariff for 20 years from the date of interconnection with the grid.  Therefore, solar customers naturally used 20-year financial models to determine the economic benefit of their investment, but the proposed decision is set to negate the bankability of those projections with a 25 percent reduction in grandfathering periods for existing customers.

As our local and statewide coalition grew, and after delivering 120,000 petition signatures to Governor Newsom, we were hopeful that the CPUC would be on our side and that we would be advocating for small changes in the proposed decision, however it is clear that the CPUC has sided with the monopoly utilities.  As California continues to see the effects of the climate crisis and fires, flooding and blackouts are becoming more and more common, now more than ever is the time to fight back against this utility profit grab!

“My name is ___ and I live in ____. I am against the proposal to cut the benefits of rooftop solar!  The high solar fees and cutting the benefits of solar by 80% will kill the solar market and worsen the climate crisis.  Nobody should pay a penalty for putting solar panels on their roof and California should be doing more, not less, to promote rooftop solar.  Please say no to the utilities’ profit grab, and yes to helping millions of working and middle class people get solar.“