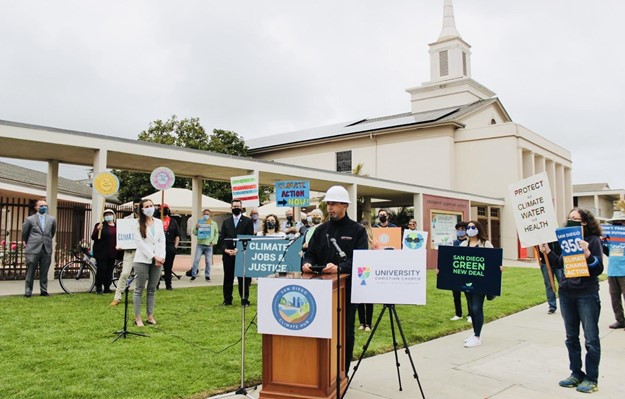 One of the California’s Public Utilities Commission’s (CPUC) most watched rulemakings is the net energy metering (NEM)3.0 decision, since it will decide the future of solar power in America, as California often sets the precedent in terms of environmental policies. Net energy metering, simply put, is the policy that has made solar increasingly accessible to low-and-moderate income families, schools and other public buildings. You can visit our previous blog to learn more about NEM. While the CPUC analyzes the 17 NEM proposals that were recently submitted to determine which proposal would allow solar to grow sustainably while making sure there are no inequities as a result of the decision, California Assemblymember Lorena Gonzalez has introduced Assembly Bill 1139 (AB 1139).

AB 1139 proposes a new incentive structure that pays solar customers wholesale rates for their excess generation, has high fixed fees and breaks contracts that were signed under the previous solarrules, NEM 1 (the original solar agreement that was in phased out through out the state in 2016 and 2017) and NEM 2, the current solar agreement. The calculations from the bill in its current state are alarming - the most aggressive attack on solar to date - and provide clear data showing not only how this bill would kill the solar industry, but hurt California’s 1,200,000 solar customers while making solar inaccessible for everyone, including renters, people in communities of concern and multi-family tenants. The bill slashes economic savings from solar for low-income families by 80% and payback periods are going from 11 years to over 45 years - 20 years after the system warranty ends. The bill has subsidies set aside for helping low income families receive solar, however the proposed high fixed fees paired with ending retail credit for solar customers (meaning ratepayers get paid pennies for the clean energy they put on the grid which the utilities make millions of dollars off of),could easily result in families, businesses and multifamily tenants to be paying more to have solar than they did before getting solar! Fully-subsidized solar power systems don't pencil out under this new bill, meaning the millions of dollars of ratepayer money for low-income solar will sit idle.

The bill is sponsored by the International Brotherhood of Electrical Workers (IBEW) and the Coalition of California Utility Employees, both who usually take positions on behalf of their utility employers. If the utilities successfully kill rooftop solar, that means there will be more utility-scale solar plants in the desert, which the utilities own and profit off of, and if those new transmission lines cause fires as they have in the past, ratepayers will also absorb those costs.

Aside from the effects this bill would have on the industry, taking clean energy solutions away from Californians would also further exacerbate the climate crisis and continue the environmental racism that goes hand in hand with the continued use of dirty energy. This bill would also make it nearly impossible for California to reach 100% clean energy since the state has said that in order to reach these targets, rooftop solar needs totriple.

Last week, nearly 60 environmental, solar,climate justice, equity and other advocacy groups wrote to Gonzalez to urge her to make amendments as the bill would effectively kill the rooftop solar industry. IBEW contractors Sullivan Solar Power and Baker Electric Home Energy called in to give public testimony opposing this bill in addition to the Center for Sustainable Energy and GRID Alternatives, program administrators for the state's $1 billion Solar on Multifamily Affordable Housing rebate program.Unfortunately, these concerns went seemingly unheard even after 75+ individuals and organizations called in to express opposition and the bill passed through the Utilities and Energy (U&E) Committee.

The U&E committee’s analysis of the bill provided no real analysis of how this bill will impact jobs, low income and CARE customers, or the multifamily sector so Hammond Climate Solutions,provided a letter with our analysis and other resources with information the committee had stated they were unaware of. In summary, our letter refutes the cost shift arguments being pushed by the utilities, provides reliable studies showinghow solar can save ratepayers billions of dollars while not going solar willcost ratepayers, outlines issues with the studies paid for by the utilities,and shows that this bill will kill rooftop solar.

The bill is now headed to the Appropriations Committee where it will be voted on again. While public comment won’t be accepted,written testimony to oppose this bill can be submitted to the committee via email at approps.committee@assembly.ca.gov.  A draft comment, with talking points can be found in our toolkit.